Getting a Girlfriend: Mindset for Success

A. Preparatory stage (Getting a girlfriend when she is not around)

Clashes of opinions in getting a girlfriend: secret agents vs. dating experts

You may know that most battles and contests are won or lost, long before they are formally started. This is also true for this specific challenge “to get a girlfriend”. Therefore, this page deals only with thought patterns and actions of the man when an attractive female is not around. It discusses the actions and suggestions of dating experts vs. secret agents (top national security agents who watch in secret cameras and hire and dispatch millions of people for special operations – instructions are provided). These secret agents often applied their best efforts trying to find a mate for one man for more than 10 years.

Are these preliminary factors positive or negative?

– Thinking about females, in general, and about getting a girlfriend, in particular

Secret agents involve hundreds of people in order to make the man obsessed with images of attractive females, pregnant females, and getting a girlfriend. They send females in white dresses, females driving cars under the supervision of instructors from driving schools, females with children, organize activities related to weddings, show pregnant females, and so forth creating obsession and drama.

Dating experts directly claim in their courses that this sign (thinking and obsession in relation to getting a girlfriend) as a sign of nearly certain failure in the future. Dating experts claim that the man needs to get occupied with other activities (professional employment, sports, hobbies and so forth) in order to avoid thinking about females and the absence of a girlfriend. However, the man can study professional sources where dating experts provide information about how to get a girlfriend.

This general idea about clearing a mind from upcoming contests is true in relation to any important performance, in music, sports, arts, and many other areas. (This is also the reason why most secret agents will certainly screw most gifted athletes and other people.) However, imagery and visualization can be used to order to rehearse the sporting contest in details during special mental training.

– Thinking about a specific attractive female all the time

Once man met an attractive female, secret agents try to make the man thinking about her nearly all the time. In order to achieve this goal, secret agents send similar females or they provide images and messages that consistently remind the man about this specific female.

Dating experts suggest the same approach to a specific female as above in relation to females in general: the man should clear his mind from anything that associates with her. He needs to get busy with real-life challenges. Thinking about her is considered by dating experts as a certain sign of poor future performance and likely failure.

– Meeting and interacting with other females and other people

Secret agents kept this man in isolation, often for weeks and even for many months in a row, and applied consistent efforts to prevent his interactions with all other females. Some secret agents sent him dozens of messages from the Internet Wi-Fi drive when other females were passing nearby. The PC messages informed him, “Not connected”. Many agents were commenting on his short conversations with elderly females by freezing the laptop, preventing file transfer and doing other activities to create stress and frustration.

Dating experts view this behavior (absence of interactions with other females and other people) as a sign of nearly certain failure in the future. This factor is so important that there are dozens of dating professionals who organize courses for groups of men and go with them to bars, coffee shops, and other public places in order to nearly “force” them to have interactions with other females and male strangers. 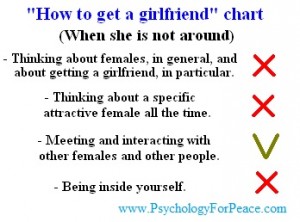 Secret agents assume that the man should be in hibernation for weeks and months. Then he can wake up and suddenly have an excellent performance and interesting communication that sparks the interest of the attractive female. This stunning fantasy (a jump from hibernation to triumph) can be discovered in thousands of top secret agents in largest Western countries.

When people are stressed, they get preoccupied with their own thoughts and worries. As a result, instead of turning their attention on reality and surrounding people, a man can become locked in himself.

Dating experts view this behavior as a negative symptom that makes the man unattractive for other people, females included. Secret agents have been commonly or routinely creating obstacles and problems for the man ranging from sleep deprivation, use of toxic metals, viruses, problems with computer work and internet access, and many other methods and techniques. In many places, this person was the one who got 10 or 100 times more garbage from secret agents in comparison with other males (with whom he was supposed to compete for attention from females).

We see that the secret agents have opposite opinions in relation a thought pattern of a man for getting a girlfriend. What was curious about this case, when this man traveled across countries and continents, his previous secret agents provided reports to new secret agents, while presenting themselves as “experts” in dating. New agents quickly accepted these reports as if they were indeed crafted by the world’s top “dating experts”.

New posts on this site will provide info about the actions of secret agents and opinions of real dating experts on the same topic of getting a girlfriend when it is applied to real-life interactions and mindsets of females.

Artour Rakhimov · Commented on How to Get a Girlfriend | Psychology For Peace
Jose, why do you need a private home?
Public · Oct 18, 2015 9:34am

Jose Corujo · Commented on How to Get a Girlfriend | Psychology For Peace
What if I still living with my parents and don’t have a private home?
Public · Oct 16, 2015 12:50am · Comment was moderated.

Angel Aaron · Commented on How to Get a Girlfriend | Psychology For Peace
So ironic! Thanks for the article, Artour.
Public · Sep 16, 2015 6:59am · Comment was moderated.