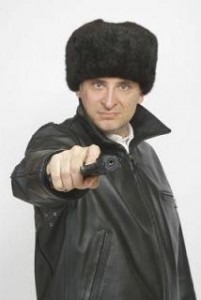 The alive remnants of Russian KGB agents could be very unhappy when historians, humanists, reporters, and other people expose mass murderers to a public eye. Here is a recent example. Dr. Steven Barnes (Assistant Professor in History of George Mason University, Fairfax, Virginia, USA) in 2008 organized a series of internet exhibitions “Gulag: Many Days, Many Lives”. This program educates the public about experiences of the brutal Soviet prison camp Gulag system (http://chnm.gmu.edu/gulag-many-days-many-lives/).

Previously, Dr. Barnes also organized a traveling museum exhibition about the history of Gulag camps. This exhibition opened in May 2006. One may not know that, while KGB Gulag agents and other Communist leaders and their accomplices executed well over 10 millions of totally innocent people, many of them are still alive and no one even dared to ask them why they killed millions of the innocent. While there were dramatic changes in Moscow KGB offices during last decades (during reigns of Gorbatchev, Eltsin, Putin, and so on), the local KGB leaders in, for example, Siberia and other remote places are the same who organized Soviet Gulag labor camps.

Here is the Washington Examiner article “Murder-suicides increase in Fairfax County” (December 2; 2006). Its author William C. Flook, Examiner Staff Writer, writes, “Fairfax County police are dealing with an unusual increase in murder-suicides this year, a tragic and unpredictable problem in an area where homicide remains rare. A trio of incidents in which a man killed someone he was close to and then himself have shaken the county in recent months. Last year, the county saw only one murder-suicide, according to information provided by the Fairfax County Police Department. The year before, there were none.” Among the tragic events, in July 2006, William Lash III (George Mason University law professor, as well as former U.S. Commerce Department official), 45, shot and killed his 12-year-old son and himself in their home. Three suicide-murders in a county with just little more than 1 million population.

The above newspaper report says that there was only one suicide-murder in 2005, but even this suicide and 4 murders can be a part of the same design. This only 2005 suicide-murder took place just before Christmas in December 2005. It is clear that the preparation for the exhibition about KGB was on the way in December 2005 and GULAG KGB agents obviously knew about preparation for this exhibition.

– December 25, 2005. Two shootings occurred on Christmas Day in 2005 that left 5 people, including the gunman Nathan W. Cheatham, dead. This man killed his mother first and later 3 other persons.

– July 13, 2006. George Mason University Law Professor and ex- U.S. Commerce Department official William Lash III, 45, had a disagreement with his spouse and subsequently shot and murdered his 12-year-old boy as well as himself inside their home.

– November 2006, Donald R. Coffield, 43, slain his partner Julie Mansfield Adams, a teacher at Virginia Run Elementary School (Centreville), who passed away of a single stab injury. Then he slew himself.

The exhibition of, for example, metal cages from GULAG camps could produce very disturbing associations in the minds of these alive KGB agents. They could, for example, visualize that there would be exhibitions of alive Russian KGB agents traveling in these cages throughout the USA largest cities. The revenge could include making human robots (or zombies) using total brainwashing (see links below for details of the technique and other examples of application) and ordering them to kill others and then themselves. 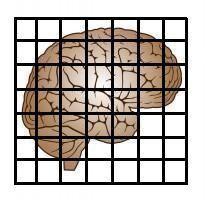 All other world’s terrorist group and organizations (including all Islamic fundamentalists, al-Qaeda, Taliban and so forth) combined do not have a similar experience in torturing, raping, and killing so many people. They are all like Gulag KGB’s bellboys. Surely, while torturing and conducting all types of experiments with millions of victims (just do anything with bodies and brains of millions of people for the sake of the state), it was likely that this part of Russian KGB executioners accidentally stumbled on methods how to get a complete control the human brain (or the absolute mind control). They probably created some speedy or very fast brainwashing techniques with total or absolute mind control in some hours.

If international authorities, organizations, individuals or public media do the same (write about Russian GULAG KGB agents – mass murderers), similar activities (most likely suicide-murders) would be organized in associations with them. For example, if some newspaper publishes an article about Soviet GULAG KGB, then GULAG KGB agents could hunt for children of the authors of this newspaper article or even for family members of those people who work in the same newspaper. Hence, an article in a large newspaper will provide the Russian KGB agents with thousands of potential targets.