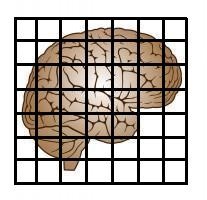 Brainwashing of people (also named robots or zombies) is used to commit numerous crimes and then kill themselves. I am talking about total mind control. Every month suicide-massacres, plane crashes, industrial disasters, suicide-bombings, etc. are organized with the use of mind control or brainwashing so that the organizers of these crimes can have an illusion of control over frightened people. It is very hard to solve these crimes.

Many people believe that only maniacs, pathological sadists or other social deviants are capable of simultaneously killing other people, including relatives, and then themselves. However, human psychology and the numerous historical examples of these occurrences (e.g., with Nazi leaders) teach us that killers or murderers always require time, usually some weeks or months, in order to re-evaluate or introspect their own behavior and decide to end their lives. 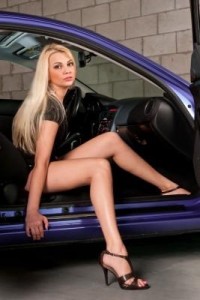 If one thinks about the details of KGB seduction-based brainwashing, it is crucial to avoid situations where you or your body can be a subject of any form of manipulation, including all types of physical contact, drinking, eating, and even breathing in secluded places with strangers, new people and, rarely, relatives. Since people search privacy and secluded places for the use of illegal drugs and sex, these activities are among the most dangerous ones and must be prevented in order to avoid brainwashing.

Once you are in a situation where someone can influence your body in privacy, you may wake up having very different views on the surrounding world, yourself, your relatives and friends. (Murdering one’s own relatives and family members is not a problem for the brainwashed.)

Observe changes in your relatives and friends, especially after their prolonged absence (some days) and interaction with strangers. (After brainwashing, it may take somewhere between a few hours to several days to provide instructions for the new “zombie”.)

Robots or the brainwashed possess numerous unique properties. I observed many of these people, including a family member, back in Russia in 1994. They were brainwashed by former Ural-Siberian KGB GULAG agents. (Note that modern KGB agents in Moscow and most other areas fight a hidden war with these Siberian KGB GULAG agents.) What should one watch for?

There are also numerous physiological changes in the brainwashed when KGB agents apply their brainwashing techniques. This Table is based on the experience of thousands of people who improve their body oxygenation naturally (without any brainwashing techniques). The Table reflects typical changes that take place when an ordinary modern person makes a transition from less than 30 seconds to more than 50 seconds.

Try to imagine the person with about 3 minutes for the body-oxygen test (or about 7-9 minutes for maximum breath holding time while using normal air, not pure oxygen). The brainwashed robots or zombies, right after the procedure, can live with no sleep at all for days and yet this does not negatively impact their health (but they can pretend to be sleeping if it is ordered by the handler). This does not mean that the brainwashed do not need sleep or always require only 2-3 hours of natural sleep. Depending on a variety of factors, some days or weeks after brainwashing, they often require about 4 hours of sleep or less.

The brainwashed acquire exceptional physical endurance, excellent coordination, focus and concentration due to very high body-oxygen levels. If you observe breathing of your relatives and friends now, you likely to see that their breathing pattern at rest is large and frequent (commonly over 15 breaths/min). Furthermore, most ordinary people are chest breathers (easy to see) and their chest breathing reduces oxygenation of the arterial blood (see the Homepage for related web pages).

However, it is not possible to observe or hear breathing in robots since their breathing frequency gets down to 3-4 tiny breaths per minute, while maximum breath-holding abilities can reach up to 5-10 minutes indicating exceptional body oxygenation, physical health, and fitness. (Physiologically, this is absolutely normal: the more we breathe at rest (faster and deeper), the less oxygen our tissues get due to losses in CO2.)

Relatives and (former) friends can notice various changes in the brainwashed, such as, for example, disappearance of snoring (it is really hard to fake 7-9 hours of snoring), quick and effortless weight loss, and disappearance of symptoms of chronic diseases. (Note that the robot can complain about anything or pretend anything that is ordered by the programmer.)

How brainwashing changes the perception of the world and people

Apart from the total submission of the mind to the will of the handler, the slave acquires a totally changed brain and body. The highly oxygenated and slightly hypercapnic brain gets much fewer emotions due to excellent focus on reality and ability to see others as they are.

The average modern person, due to too low oxygen and CO2 in the over-excited brain, is driven by sweet fantasies and dreams, not existing fears, and silly life projects. After brainwashing, the slave can see all these weaknesses and start to regard others as childish and stupid. In addition, the will of the master becomes the action plan for the slave meaning that all relatives and friends become insignificant or even repulsive if they create any problems or were involved in the creation of past psychological traumas. Most outsiders, if they observe the brainwashed person for a long time, would suggest that the brainwashed is arrogant and rude.

Therefore, as a result of respiratory changes and the mental submission of the master, the robots have a drastically changed attitude towards their friends, relatives and family members. Instead of genuine care, help, interest, and support, the brain-washed are indifferent, extra-calm or sarcastic and cynical in relation to surrounding people, relatives included. Numerous melancholic, melodramatic, and emotional aspects of the brainwashed person will disappear completely. For example, past passions and hobbies often disappear completely too. One of the new passions of robots is very fast driving on highways and other roads (one of the “breath-taking” experiences). Males, after brainwashing, can develop a passion for having and using guns.

While superficial expression of care is a part of the instructions for the robots (including what to do and how to behave in order to remain unnoticed for a longer time), it requires some skills for close relatives to spot these changes quickly enough (to prevent suicide-murders, massacres, and other acts). Generally, women or females are more likely to notice these changes in their relatives or friends (especially in fiancÃ©es and husbands).