When secretly dealing with their targets, in order to change their behavior, it became a common world-wide accepted practice among NSAs (national security organizations), such as FBI, MI-5, CSIS, etc. to influence their targets when these targets are located in seemingly safe conditions, such as their home. Apart from larger security intelligence organizations, smaller NSAs also apply similar methods. They are used by, for example, FBI and MI5. This does relate to, for example, methods of Irish Secret Garda and techniques of ANSS (Australian National Security Service).

Many animals and most mammals, human beings included, have a reflex (or instinct) to seek safe places or shelters where they can remain undisturbed for long periods of time. This need for safety is one of the fundamental requirement for their mental wellbeing. If this need is not fulfilled, many animals suffer from mental distress (or neurosis) that appears in order to make the animal move out from the unsafe place and find a safer place in order to make their physical survival possible.

Imagine the following experiment organized inside a shelter of some animal (a burrow for a rabbit, a hole for a mouse or snake, a den for a lion, or a kennel for a dog) or in a nest of a bird. The experiment includes activities that indicate to the host that their place is not safe to remain in since someone else controls either objects or noises in this shelter. 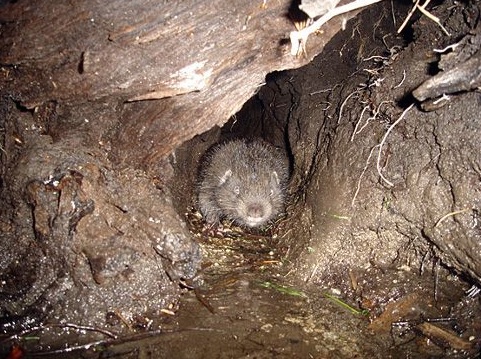 My prediction is that, after 5-10 cases (or in 5-10 days), the animal will experience severe mental distress or neurosis that can be resolved, partially or completely, for most species, only be leaving this place “haunted” by this abnormality (an absence of privacy and safety).

Other elements of this mental distress will include, in the case of humans, such emotions as anxiety, depression, nervousness, helplessness, and so forth.

If some objects in the shelter disappear or displaced, the effects will be about the same because these activities also indicate that someone else, apart from the host, controls the environment in this shelter.

Effects of this method (moving or displacing objects in a private or personal place) can be dramatically amplified if these displaced objects have a certain meaning or associations in the mind of the host. Imagine, that we provide a cube or a glass ball in a burrow of a rabbit. These abstract objects are going to have one effect. Now assume that the parameters of these new objects are linked to certain events in the life of this animal or human. For example, these new objects can have smell or shapes similar to past events. Then we can expect that there will be a strong synergetic effect of these 2 separate factors: intrusion into a private space coupled with an attempt to provoke certain memories or associations in minds of the host.

If one is even slightly aware of the life of national security secret agents, one may know that it is one of the highest spiritual thrills of this community to discover fears, phobias, propensities, addictions and any other garbage that may exist in a person. Now one may guess why this thrill is so common for this community of people.

Audio examples to disturb the host

Assume that we generate a snap or produce any other audio signal, such as a snap, that is generated only in certain specific situations. For example, this snap takes place only when the animal starts or initiates some activity or moves to a certain location within his or her shelter. These types of activities are normal for secret agents from national security organizations around the world.

Such special actions (attached to specific situations) will likely produce a much stronger disturbance in the host in comparison with random snaps.

How noises and snaps can be remotely generated

Such audio signals can be generated within the shelter (causing a stronger effect) or from outside (using alarms, sounds of musical instruments, gongs, bells, etc.).

In order to influence their targets, secret agents secretly install tiny devices in cracks to produce various sounds like a response to an EMF impulse generated from a remote location (in nearly all cases without asking a permission from owners of the place).

In my personal life when I lived in Canada, in the 1990s, violent snaps were used by CSIS agents at night to prevent sleep (deep stages of sleep) for many months. This sleep deprivation leads me to leave many places and cities and travel across Canada and eventually resulted in 13 political asylums that I claimed in 7 different European countries. More about this story is here: my asylums due to activities of CSIS agents. However, apart from this extreme purpose (to create severe sleep deprivation that is a potentially lethal weapon), there are many other effects of mild or even super light noises that are to be discussed next.

Initial mental or psychological effects of noises on targets

In all these cases, the implied message from such activities will be the same: there is someone else who is present or have control or access to this shelter. An additional part of this implied message is that this “someone” is not only making changes in the shelter (i.e., moving objects), but also has access to information related to position or activities of the host when this host is in his or her home.

Note that some animals, such as dolphins, may not have this privacy or shelter need, but those creatures who usually live in special places to ensure own safety and survival will experience neurosis and other negative effects in order to make them move out and seek a safer place (just for the sake of survival).

This physiological need of humans is likely as strong and important as needs for water, food, sleep, and other basic needs.

Modern security intelligence or secret agents from national security organizations (here, we discuss those secret agents who secretly hire stooges for special operations and control communication within countries or their areas of control), using technology, routinely use techniques that involve generation of noises and movements or displacements of physical objects in homes of private people (targets of secret agents).

I have been experiencing both physical effects (even as simple as sharp movements of the mouse across my computer screen) and audio signals (such as snaps inside my shelter or coming from outdoors and attached to my actions) for nearly 20 years.

There are other people who likely experienced the same activities since these people moved a lot around the world:

Note that, as it was with witches during medieval times, over 99% of targets of state authorities, if these targets suspect or know that they are influenced by people from the state, would believe that there is something wrong with them rather than with state authorities due to the obedience to authority effect studied by Milgram in his monumental experiments.