Since I have experienced this life situation for more than 15 years, consistently across many countries and regions, and since this situation is a part of the national security policy, I decided to describe its details in this article. Note that this article does not explain the details of the war between a small part of KGB (also called “GULAG KGB”) and other national security organizations. It does not explain the fast brainwashing method (or total mind control method) used to commit crime worldwide and many other details. This article deals mainly with spiritual and legal aspects related to crimes specially organized by GULAG KGB agents and reactions of Western security intelligence agents.

In short, after I exposed GULAG KGB agents and their methods to Western authorities (1994), these GULAG KGB agents organized many crimes that were attached or connected to my life. The following scenario has become the normal reaction of secret agents worldwide. There were more than 30 cities and areas in the USA, Canada, the UK, Ireland, Germany, and many other countries where this situation took place in the past. 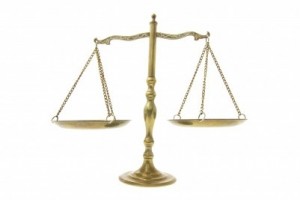 Therefore, for agents from city Z, I am the person who brings crimes into their quiet neighborhood. In virtually all cases, secret agents believe that I am partially or indirectly involved or responsible for these crimes. Many agents decided that my responsibility can range somewhere between 1 and 3%. For example, if there is a large massacre with tens of people killed, my contribution, according to nearly all Western agents, can be equal to about 1 murder.

Therefore, when GULAG KGB agents organize first crimes, agents from city Z decide that I must move out of the city, and I must pay all expenses from my own pocket. (Should they decide otherwise, they would surely pay all expenses and losses related to my relocation.) In some cases, I had places rented and had to lose weeks of rent because of my partial or indirect involvement in terrorism.

This thinking of agents is matched with their very strong desire to find out my negative habits or personality traits. If GULAG KGB agents organized crimes attached to my arrival to a new place, this means, for secret agents, that there should be something wrong with me.

The same mentality of agents and desire to find something wrong was likely present in relation to many other people who had the same challenge, such as Dr. Buteyko, Vladimir Frolov, Alexandra Strelnikova, and Kandis Blakely. Indeed, secret agents themselves, in the eyes of the GULAG KGB murderers, look sleek. But there are certain people who annoy GULAG KGB agents. These annoying people, in addition, likely included, JFK, Olof Palme, the royal family in Nepal, and many more.

Therefore, these type of legal expertise and desire to dig out something negative in others allows secret agents to self-promote their own non-controversial and sleek image since the GULAG KGB agents do not ape lives of secret agents with their crimes. Some people believe that GULAG KGB agents hunt with crimes only socially significant people and activities and do not bother with junkies and useless activities.

In the past, I was not sure about the legal aspects of these beliefs. These days, I have been trying to find the opinion of real layers and legal professionals about this issue since the situation is 100% the same as it was 10 or 15 years ago.

For example, if I arrive at Calgary, Edmonton, Montreal, Ottawa, Vancouver, St. Johns, Winnipeg (all in Canada), Seattle, Portland, SF, LA, Houston, Dallas, Atlanta, New York, Washington (DC), Pittsburgh, Philadelphia, Miami, and many other US cities and more than 20 cities in Europe and Australia, all these people believe that I must leave their city and I must pay expenses because of my partial or indirect involvement in past and future possible GULAG KGB crimes.

Moreover, in many cases, the agents anticipate crimes in advance and “meet” or “greet” my appearance as an appearance of a criminal who will bring more crimes into their peaceful world. As a result, often right from the start, many secret agents start to organize some special activities that can be called “anti-presidential” activities.

You may know those appearances of the president are often accompanied by gathering of happy people with flags and flowers to greet him or her. In order to organize “anti-presidential” activities, secret agents start to collect human refuse or junkies that reside in their areas. These junkies include those people whose main goal of appearance outdoors is to annoy others. These include people in noise sporty cars with a heavy rock or rap playing loudly and Harley riders. An additional labor force of agents is garbage trucks, invalids in wheelchairs, ambulances with sirens, fire trucks and other hysteria-igniting services or people whose appearance is unpleasant or annoying. For example, over 90% of respondents claimed that they do not want to have Harley riders as their neighbors, while secret agents dig the society in order to find these types of people and behaviors, teach them how to be confident, and employ for crap-creating operations. Furthermore, many agents sincerely believe that if they (secret agents) encourage these junk-type behaviors, then the secret agents are hovering high in the sky in their “acceptance” and “tolerance” (in relation to human junkies and junky-type behavior), while the rest of the society are wussies or wimps.

All these activities are justified, in the eyes of secret agents, due to their opinion as legal experts in my partial or indirect involvement in terrorism and crimes organized by GULAG KGB agents. The role of GULAG KGB agents, in such cases, is to organize highly artistic show-type crimes, which need to produce a maximum visual impression (usually more blood, more sadism, more deaths, etc.). For example, you may remember how a Chinese male was brandishing a human head on a Greyhound bus some years ago. Most massacres were also organized in the same clownistico-theatrical style.

As a logical continuation of these “anti-presidential” activities, other activities of secret agents could include sleep deprivation, use of toxic chemicals, bacteria, viruses, worms, and other parasites, use of radiation, and many other methods. Due to the wide application of these techniques, it is clear that many local agents believe that my contribution to GULAG KGB crimes was probably as much as 10 or 30-50%. Therefore, there is some inconsistency among secret lawyers: my contribution to crimes committed by the third party is ranging from 1 up to 50%. (Note that all these decisions about my partial or indirect involvement in GULAG KGB crimes are top secret and will not be available to real lawyers and other legal professionals since these real professionals may start to laugh about “expertise” of secret agents.)

According to my recent trips, while the situation is nearly the same everywhere, the most vicious and scumbag-type revenge was expressed by secret agents from Melbourne and Sydney (Australia). My impression was that these secret agents flooded the areas of my appearance with herds of scumbags.

In my view, the agents from city Z or nearly any other city made their decision that they are legal experts due to some other causes. Somebody else convinced these agents, most likely during drilling or training of secret agents by higher representatives, that these local agents have expertise and knowledge in legal matters. Moreover, if one has seen secret agent face-to-face, it should become obvious for him or her that the training of local agents included an iron, rock-type conviction that they, secret agents, are the best legal and most infallible legal experts.

While this article explored only how secret agents play legal experts (or they try to put a mask of legal expertise on their faces), the same local agents were also trained and convinced by higher authorities that they are also best dating experts, exclusive sports coaches, astonishing psychology experts, and unsurpassed health experts. We are going to explore practical cases and these beliefs in other articles. Over 18 years of my personal experience with secret agents suggests that secret agents are highly confident experts in nearly any area, except the one: how to eliminate or catch GULAG KGB agents and prevent their crimes.