It is a very sad news that so many holistic and alternative health doctors (8 in total) mysteriously died, mostly in Florida, during June-July 2015. You can find more details from the posts on www.healthnutnews.com and www.collective-evolution.com. Here is a short summary of events:

June 19th – Dr. Bradstreet (well known for his work and research on Autism) found dead in a river with a gunshot wound to his chest in North Carolina. Previously Dr. Bradstreet had lived and practiced on the East Coast of Florida.

July 10th – Lisa Riley, DO found in her home with a gunshot wound to her head.

July 19th – Dr. Ron Schwartz found murdered in his home on the East Coast of Florida.

July 23rd – Dr. Jeffery Whiteside is found dead in Door County with a .22 caliber close to his body. 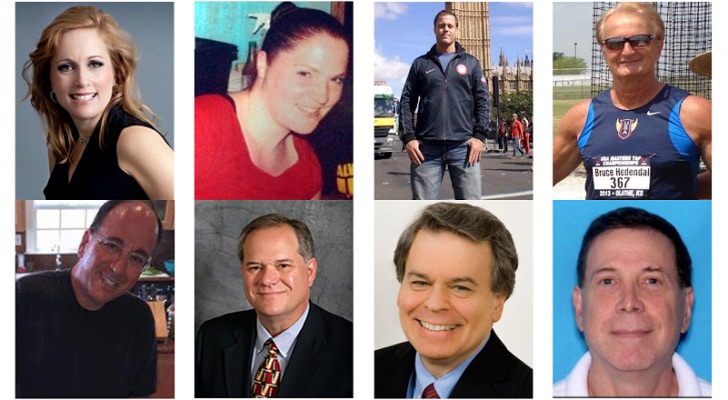 I am not a US citizen (I grew up in Russia and live in Canada since 1994), but here is my peaceful explanation of these tragic and sad events.

Who murdered these Floridian doctors?

I want to offer the explanation that is based on historical similarities and analysis of 4 relevant and important questions.

1) Who killed the largest number of people in our recent history (just decades ago) and avoided responsibility for these deaths?

2) Who are the most professional killers in the modern world? In other words, who knows how to kill and get away with murders based on their past history?

3) Who persecuted and murdered leading doctors and whole movements of alternative medicine doctors in other parts of the world?

4) Who has great abilities to snoop for details of lifestyle and habits of these doctors using eavesdropping and other clandestine techniques?

The answers to these questions can help us to find out specific groups of people. Not that this is NOT a conspiracy theory since this theory is based on specific historical facts, events, locations, and people. Here are the answers:

2) The same GULAG KGB agents acquired most developed and professional skills to kill.

3) All 3 Soviet-Russian alternative medicine breathing healers (those who created 3 powerful movements in the USSR/Russia including the legendary Buteyko method, Frolov breathing device therapy, and Strelnikova respiratory gymnastic). All these leading healers mysteriously died due to some unknown force (see Why and how Buteyko, Frolov, and Strelnikova died), while somewhere around 100 Soviet medical professionals (only those who practiced the Buteyko technique in Siberia) stopped teaching and promoting this therapy (see persecutions of Buteyko MDs).

4) FDA, Big Pharma, and other ordinary US organizations do not have skills and training in getting information about lives, whereabouts, habits, and other personal details of ordinary people. In each modern country, there is only one major organization that has control over internet and cell/landline phone communication. The names of such organizations are “national security”, “security service”, “security intelligence”, and so forth. It is easy for secret agents to have details about habits, associates, lifestyle, and typical schedules of all these doctors via snooping into their phone messages, emails, and secret databases collected by the FBI and other US agencies.

I repeat FDA, Big Pharma and any other medical or drug-related organization, or communist organization, etc. etc. are no more than “bellboys” in comparison with secret agents in areas of control of communication, eavesdropping, snooping, and professional murders.

A: 1. It would be very stupid for the same FBI agents to visit certain doctors while killing other doctors. 2. Once these deaths in Florida became known to FBI agents, it makes sense that feds visited some other doctors, informed these doctors about this threat, and asked them to sign a (silly) Oath of Secrecy or Secrecy Agreement. (Those who know the business world would never sign a paper that covers up people and what they do, instead of covering up a technology, know-how, or specific confidential information). So, after these visits, those alive doctors would never speak up causing more rumors and paranoia in some other people. (This is how drama mentality in one group of people breeds drama in others.)

Q: Why FBI agents are silent about causes or sources of some unsolved crimes (such as 2015 assassinations of Holistic doctors in Florida and 2016 massacre of the Rhoden family in Pike County, Ohio – see the update below)?

A: Because organizers of such professional crimes are brothers by spirit (who share the same spiritual values related to conditioning and dog training of others, as well as methods of communication control). They represent communities of secret agents or groups from national security organizations. Note that should such crimes be plotted by Islamists, Muslims, ISIS, or terrorists from Arab countries, then there would be an official reaction from US Homeland security or FBI about the origins of such crimes.

My theory is that, as with many other murders, suicides, massacres, shootings, and other events, GULAG KGB agents use local US criminals (released from prisons) and converted these criminals into professional hitmen in order to organize these murders of doctors from Florida.

Such “hunting” events for certain people are not new in recent history.

Soon after 9/11, over 15 top microbiologists died under suspicious circumstances in about 4 years. First six deaths occurred in November 2001. Most deaths took place in 2001-2002. Harvard Professor Don Wiley was the first victim of this murder “spree”. Most of these people worked in the area of viruses and immunology.

Some sources claim that up to 20-40 microbiologists died:

If those murderers were not found, it would be surely sensible to assume that these are the same people who killed alternative doctors in Florida.

Weird suicide-murders and other events

It would be also easier to understand the cause of these murders of alternative health doctors after reading my explanations of many other similar events such as:

– Who was behind 4 mysterious suicide-murders in 2006 Fairfax county after a small local university opened an exhibition (for the first time in US history) about … Soviet KGB GULAG labor camps.

– Mystery murders, massacres, suicides that took place in relation to events from my life.

– Why Kandis Blakely, the NDT (New Decision Therapy) creator, died or how mysterious man-made wildfires in California and other events could undermine one of the most effective energy healing (forgiveness) therapy and its inventor

– Sasha Stalmatsky was the person who brought the Buteyko breathing method in the Western world and trained over 100 breathing teachers. There were many similarities with Kandis’s destiny related to his decline and deaths.

The simple (psychological) explanation of why they continue to kill is following. Since nearly nothing has been done after deaths of over 10 millions of Soviet people in GULAG labor camps in 1930-1950s, these people NEED to kill more and more as a part of their conditioned lifestyle. Humans, in some respects, are like pests who are controlled more by inbuilt programs rather than logic or common sense.

If we look for expectations of these Mafia people, there are the following major reasons why they kill people. The deaths can usually have either symbolic meaning (to condition other people within the movement, their associates, relatives, or local secret agents) or to kill leaders to directly influence/undermine a certain spiritual/alternative movement.

For example, in relation to mysterious deaths of top microbiologists, most of them worked in the area of vaccination, i.e, protection from new viruses, or protection from bacteriological or viral weapons. Possibly, the hidden Mafia had silly dreams to “control” the world using such weapons. This would make sense since there were several mysterious infectious outbreaks that took place during the last 10 years. Thousands of people died from Ebola, MERS, swine flu,  SARS, chikungunya, avian flu, and many other viruses that mysteriously and suddenly appeared in different areas of the world. Note that I do not claim that all these infections were man-made. Some of them could occur naturally. However, precise timing of some of the infectious outbreaks can make a person suspect something fishy. We had a similar post on this site when discussing a possible idea how KGB agents undermined President Obama at the peak of his popularity (in 2009) using swine flu virus.

As about the deaths of doctors in Florida, there is the following likely cause. Someone started to teach something in East Coast Florida that annoyed GULAG KGB agents. This can be any therapy that is powerful in the eyes of the Mafia.

The main purpose of these deaths is to condition (or show) to FBI agents that FBI agents now need to suppress this “outbreak” of this technique, as it was in the past with Kandis Blakely, Sasha Stalmatsky, and many others. It is like an inner game that uses stooges and, in this case, deaths to condition to something. In the past, murders worked very well as a conditioning tool. The message to, for example, (helpless) FBI agents are following, “If you do not stop this movement, then more doctors will be killed”. Since local FBI agents are responsible for less terrorism and they feel bad when innocent people are killed, local FBI agents may stop the growing movement as it was with the Buteyko method and NDT many times in different parts of the world.

Q: Are these the same KGB agents as Russian President Putin?

A: No. These are the surviving brood of KGB agents who run GULAG labor camps many decades ago in Siberia and Urals (during persecutions when millions were killed), while President Putin is as unhappy with them as FBI, CIA, MI-5, CSIS, and many other national security organizations. (We already discussed this topic in relation to Dr. KP Buteyko who had years of a relatively safe life in Moscow, but had several assassination attempts and was eventually killed in Siberia. The case with the persecution of about 100 Soviet doctors practicing the Buteyko method in Siberia in the 1990s also suggests the same origin of this hidden KGB Mafia.)

One more event, a massacre in Ohio also known as 2016 Pike County, Ohio, shootings can be added to this list of mysterious murders professionally organized, probably by the same group or team of people. These new murders took place on April 22, 2016. The bodies of eight people were found in Pike County, Ohio. The names of victims (from 16 to 44 years old, all are members of the Rhoden family) are:

This mysterious shooting is likely another symbolic (psychological) act done by the Mafia against Buteyko people. (I know certain extra details related to causes and reasons behind this massacre.) The murderers or assassins will probably not found as with murders of Florida doctors. These could be even the same killers and the same organizers who have roots, in my view, in old Soviet GULAG KGB agents.

наташа никова · Commented on Who Murdered Holistic & Alternative Doctors in 2015 Florida?
And you still belive that America is a country of freedom??? I don’t think so, do you?
Public · Dec 21, 2016 2:37am · Comment was moderated.