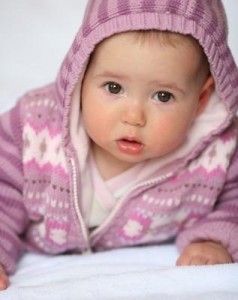 The Little Albert experiment (organized by Dr. John B. Watson and R. Rayner) is among the most known experiments in the history of psychology. It is the most distorted experiment due to tens of mistakes present in modern psychology textbooks and books on popular and general psychology. (The analysis of these distortions are provided in the previous article “Why Watson’s Little Albert Became the Most Distorted Study in Psychology”.)

Most authors, while analyzing the Little Albert study, have focused on the scope of the negative conditioning of 1-year old boy in relation to furry objects (he was conditioned to fear furry objects because of a sudden loud sound that was that made by striking a hammer upon a suspended in air steel bar four feet long and almost an inch in diameter).

This article refocuses attention in the right direction: Instead of watching a 1-year old boy, let investigate situational and motivational factors of the former American Psychological Association President John Broadus Watson (1878-1958) in relation to the design and results of the Little Albert experiment. Why did he design this experiment? Which psychological, spiritual, and motivational factors drove the imagination of this male?

There are questions in relation to 3 experiment-related factors that were illogical or dubious:
1. Why did Dr. Watson choose negative conditioning? He could have chosen something constructive in relation to children and society.
2. Why did he choose a “furry object” and the term “furry object” for his negative conditioning? Indeed, an image of a 1-year old may associate with cubes, balls, toy cars, trucks, etc. While many of Watson’s studies were conducted on animals and in animal psychology, Dr. Watson did not choose the term “furry animals” or “animals” (as alive objects). Instead, Dr. Watson was interested in the transfer of fear in relation to other “furry objects”. (There are dozens of other transfer factors discussed in the other article.)
3. Why did Dr. John Watson “accidentally” forget to re-condition Little Albert during the Little Albert experiment? There should be some hidden psychological reasons for a lack of communication between Dr. Watson and Albert’s caretakers who took the infant away before completion of the study. Could it be that Dr. Watson had some unconscious motives to leave Albert with this negative reaction to “furry objects” for years to come?

We can try to find possible answers to these questions in Watson’s personal life. His father was a heavy drinker and had affairs with other women leaving the family when John was thirteen. Hence, young John had a poor or compromised life quality during his childhood. In 1904, after John Watson became a teacher at the University of Chicago, he married one of his students, Mary Amelia Ickes. Later, Dr. Watson had wild affairs with female students on the campus, while his wife Mary was home with their children. His promiscuous behavior became a hot topic for students and faculty at the University. In order to avoid problems, Dr. Watson left the University of Chicago and became a Professor of the Johns Hopkins University in Baltimore, Maryland.

The Little Albert experiment was conducted later in the Johns Hopkins University in 1920 when Dr. Watson was 42. He developed a new relationship with a student named Rosalie Rayner who was about twice younger than him. Later, they were married and had 2 children, but Dr. Watson was discharged from the university because of this relationship. 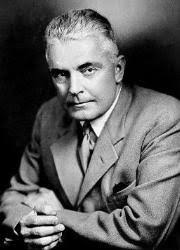 Dr. John Watson’s wild promiscuous life in the University of Chicago (later he had no choice and had to be more careful) indicates that during his teaching career he had a strong interest in females’ furry objects (females sexual organs were pubic hair grows). While getting older, he definitely had more and more rivals among male students (who were much younger), in his pursuit of “furry objects”. Hence, Dr. Watson’s mind was preoccupied with an image of younger male students. He probably did not like them since many females would choose younger mates for their relationships. How could Dr. Watson solve this problem with his sexual frustration? In order to have less male rivals and have access to more “furry objects”, Dr. Watson’s mind, consciously or subconsciously, designed an experiment to condition young males to furry objects. It could be done with an anticipation of the direct effects of the future or as a symbolic sign for younger males to back up. Why and how could this negative conditioning work?

Indeed, at a certain stage of an average male-female relationship, the male can get an access to her furry object. However, if this male was conditioned to furry objects, he could experience a (designed) disaster: the conditioned fear stimulus could pop up. As a result, the conditioned male would have to back up. What would happen next with this female longing for attention and companionship? Here would be an arrival of Dr. John Watson, a savior on a white horse, with no fear, and his tool erect.

This explanation clarifies all dubious questions considered above. In addition, it fits the personal background and lifestyle profile of Dr. John Broadus Watson, a former President of the American Psychological Association.

These conclusions, about sexual frustration as the origins of the Little Albert experiment, are also relevant to modern-day activities of security intelligence agencies since there are thousands of secret agents, who also, using the same style (banging from behind), channel their past and recent frustrations on terrorists and, more often, on pseudo-terrorists (i.e, innocent people).

– John B. Watson Biography and Contributions – From School Work Helper.

– “Biography of Dr. John B. Watson” by Cindy Weiland, accessed on 13 January 2011. The above link was deleted but you can still access the URL through Wayback Machine (Internet Archive – https://web.archive.org/web/20161213170752/http://faculty.frostburg.edu:80/mbradley/psyography/johnbroaduswatson.html).
– Why Watson’s Little Albert Became the Most Distorted Study in Psychology.

Dr. Watson’s “legendary” work and “discoveries” were not in vain

Decades later, starting from 1990s, thousands of government-hired secret agents around the world started to receive training from highest hidden security intelligence scumbags (in FBI, MI5, CSIS, German Federal Intelligence Service (also known as BND), and many others) how to use snaps (or noises) in private spaces of targeted individuals so that to drive them out from their dwellings (by creation of severe sleep deprivation using noises at night) or even gradually kill them with the same noises (as CSIS agents did with my mother in Toronto, Ontario). Here are two examples (YouTube videos) related to use of computer-generated snaps by CSIS secret agents.