(and why Remnants of Soviet KGB-FSB Still Murder People Worldwide)

KGB (abbreviation in Russian, Komitet Gosudarstvennoy Bezopasnostior Committee for State Security in the former USSR) – a secret service or state security intelligence agency of the Soviet Union. (Now it is called FSB or Federalnaya Sluzshba Bezopasnosti, but they are generally the same people in local areas.) 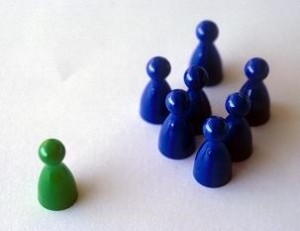 Stanley Milgram’s experiment (obedience to authority) was conducted in the 1960s, and its results can explain many historical events related to past and current dynamic of Soviet Gulag KGB.

In order to understand the mentality of modern remnants of past Gulag KGB, we can revisit the Stanley Milgram experiment and analyze the effects experienced by subjects. The essence of the study was simple: under the pretense of studying “science and learning”, well over 50% ordinary people can be fooled into becoming accomplices in the murder of innocent people (search the web for more details on Stanley Milgram experiment on obedience to authority and its design).

What would be the situation in real life, if thousands of subjects have been trained to murder innocent others, under the pretense of ideological propaganda, as it was the case with German Nazis and Soviet KGB agents?

Obviously, after being fooled, the deceived subjects have two choices: they can realize the simple truth of being fooled (as it was the case for many Nazis during the Nuremberg Tribunal) or the subjects can persist and remain fooled. In order to persist (denial), the subjects should repress their basic logic and transform own foolishness into a character trait. 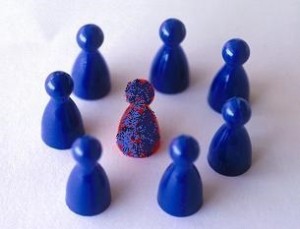 The simplest way to do so is to displace their attention from introspection (self-analysis) by focusing it on the sufferings of their victims, as it was at the origins of the Milgram experiment. Hence, they will continue the same (obsessive-compulsive) behavior, as if being in a perpetual search for the ideal suggested by Soviet propaganda. The spiritual ideal, a gimmick, was different in these three situations: Milgram experiment – “science and learning”, Holocaust – “one clean nation for the whole world”, and Stalin’s repressions – “communism, equality, harmony and total brotherhood”, but the main result was the same: killing innocent others.

Hence, there is nothing unexpected that former mass murderers continue to do the same in the 21st century while using the tactic of bullying their targets (those who expose or write about the Soviet Gulag KGB) by murdering their relatives, friends, and associates. A similar situation can take place in any social group when 2-3 bullies can influence hundreds of group members by harassment, dirty tricks and humiliation. Generally, ordinary people, when such “nasty” events take place to switch from initial absolute denial to self-victimization, instead of doing the right thing: exposing the bullies so that they stop hunting for their new victims.

Historical conditions in the USSR and, later, Russia favored unification and re-organization of murderers. Why? After WW2, German Nazis were persecuted by international authorities, but Siberian KGB-FSB (Russian Secret Service) Gulag leaders continue to collect their pensions from the Russian state right now while maintaining control of leftovers of Soviet Gulag KGB-FSB (past Soviet or Russian Secret Service) while organizing new murders and crimes worldwide now.

Soviet leaders announced in the 1990s that repressions were “excessive” (or “too many innocent people were killed”) as if it was a kind of an entertaining game for Soviet KGB Gulag leaders: they kill over 10 millions of people, mostly in Siberia, and then got back to normal. Note that, in my view, it is only a small part of the modern FSB-KGB that murder people (not those who are in Moscow or from Putin’s team).

The real life tells us that they continue to dispatch murderers to kill innocent people in Russia and around the world. You can find examples of murders organized by Gulag KGB, in my post “Who Organized 3 Suicide-Murders in Fairfax in 2006?”.