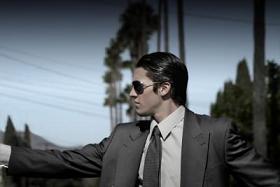 You probably noted that a typical image of a modern security intelligence agent (e.g., in movies) is based on a cool, almost unemotional person wearing an immaculate uniform (James Bond, Man in Black and so on). There are indeed real reasons for this image. It relates to the use of proxies (ordinary people) who perform special tricks in the name of national security.

When secretly influencing other people, national security agents use various special methods and techniques. Here is a typical situation. A secret agent secretly observes in his cameras a certain subject and wants to organize manipulation, or control, or influence of this subject using special methods. The practical goal of the secret agent is to select certain methods and tools to influence this subject. Among the means of the secret agents are thousands (sometimes millions) of proxies (or ordinary people) who are able, if politely asked, for the sake of national security, to perform small tricks: in exact time to walk from point A to point B. How to use these proxies?

Obviously, it would be very beneficial for the agent to get information about the past of the subject so that to use his past events now. For example, a subject should have relationships with the opposite gender (first love, first sex, main love failure, and so forth). If the agent gets photos of all these people, then the agent can find people with similar faces and organize a parade of these “reminders” in order to make the subject emotional. 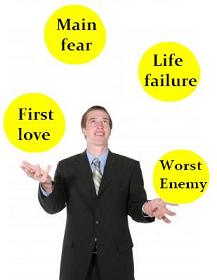 Indeed, in normal life, an average person may meet someone who reminds his first love, first failure, main fear, etc. only a few times in one year or maybe even less often. Modern technology and availability of thousands of proxies can increase this “accidental encounter” rate many thousands of times. Thus, during a short walk (e.g., a few blocks along a street), the subject can meet numerous and bright “reminders” about his past.

Other secret agents may have some different ideas (e.g., to get the subject intimately involved with someone else later) and these agents too could send a flood of these first unshared love “reminders”. Similarly, the agents can “remind” the subject about his worst enemies. (Just imagine this amazing power of playing with someone’s feelings and emotions by sending people whom this subjects hate or was abused by.)

As about the subject, his life and ability to do certain things throughout the day should be influenced by this “flood of emotionality”. What are the effects? They are easy to predict if one knows some basic ideas related to the psychology of sports performance, motivation, emotional states, a principle of “here and now” and related topics. If there is a caring sports coach who has a chance to prepare a stage of performance or surrounding environment for his athlete, then this caring coach would definitely remove all emotional crap so that the athlete can focus on the business and perform well.

Security intelligence agents make an exactly opposite choice (regardless of their hidden intentions). Hence, it is clear that regardless of their fantasies and intentions, activities of security intelligence agents are similar to the activities of the anti-coach. Bear in mind that fighting terrorism is only a small part of modern activities of secret agents. The overwhelming majority of their operations have nothing to do with terrorists but are rather related to activities related to pseudo-terrorists (people, who do not have any destructive ideas but have been chosen for persecutions by some powerful Mafias, like the one described here: Why the world is silent about Gulag KGB leaders). Hence, even when the agents try to improve the lives of other people they still use this “emotional flood” technique.

Hence, we can see here that, while a mind of a well-meaning person (coach, boss, supervisor, teacher, etc.) is indifferent and relaxed about highly emotional events of their athletes, employees, pupils, students, etc., the goal of the agent is the opposite: to dig out this crap and expose/play with it.

This method may create an illusion that the agents live in the past and use techniques that relate to the past.

Part 2. National Security Operations: How Secret Agents React to Emotions – When observing reactions of their targets in secret cameras, one of the key functions of the agents is to identify and amplify emotions of the target or to make a drama of one’s life.
Part 3. Secret Agents Argue about Negative Reinforcement Examples. Does negative reinforcement exist? What are its duration and scope?