Social Problems and Their Physiological Causes 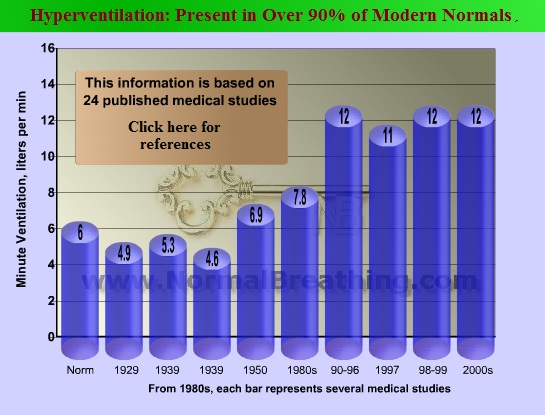 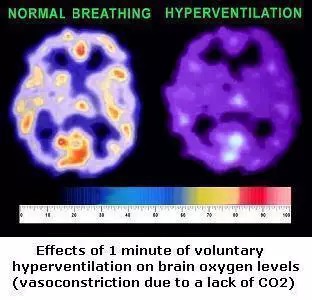 Other medical studies (see the Homepage for links to these pages) confirmed that modern people have about 2 times reduced results for the DIY body-oxygen test in comparison with typical results some 80-100 years ago.

In conditions of hyperventilation, abnormal breathing creates not only chronic diseases, but more social problems among societies and countries (wars and warmongering, increased hostility, lack of cooperation, etc.), within societies, social groups and families (e.g., unemployment, increased crime, higher divorce rates, addictions, domestic violence, and others), and in personal relationships.

We know that modern people are heavy breathers. Hence, cerebral hypocapnia and hypoxia (brain CO2 and O2 deficiencies) are very common these days (over 90% prevalence). Both chemicals are crucial for normal brain and nervous system functions. Brain cells are most vulnerable to oxygen deprivation and will die in some minutes without oxygen, while other body cells can exist for hours without oxygen. CO2 is crucial for the stability of nervous signal traffic since it is a powerful sedative and tranquilizer of the brain nervous cells (see CO2 links). Therefore, it is logical to analyze social psychology topics using these facts related to physiologically abnormal brain states common in modern people. It is also smart to approach social problems solving from these views.

Some Other Social Psychology Topics and Social Issues Solving

Numerous Russian sources, as well as Dr. Buteyko and his relatives, claimed that some (medical) mafia organized several attempts to kill Dr. Buteyko starting from the 1960s up to his death in 2003. These criminal activities took place in Siberia.

Similarly, there was a mysterious death of Vladimir Frolov, the creator of the famous Frolov breathing device. He had excellent health prior to his death in 2009 in Siberia when he started to prepare a project for Russian Duma. The project was about the wider application of the Frolov device in an attempts to reduce the use of medical drugs, and it was based on numerous clinical trials that confirmed the efficiency of his device for people with asthma, hypertension, COPD, diabetes, and many other conditions.

Another Russian inventor Alexandra Nikolaevna Strelnikova (1912-1989) was “accidentally” killed after being struck by a motorbike. Therefore, all three leading Soviet healers died due to some mysterious causes.

On top of that, all those MDs who taught the Buteyko method in Siberia stopped their work during the 1990s, while those who escaped or moved to other areas of Russia and the world still teach the Buteyko method. All these details are discussed on the page Why Frolov, Buteyko, and Strelnikova died? that suggests that all these murders were set up by GULAG KGB people (those mass murderers who killed millions in Siberia during Stalin’s times and still teaching their pupils how to murder using the security intelligence style).

There are also strange massacres, assassinations, and suicide-murders that took place on the West and that are likely organized by the same surviving GULAG KGB spies. For example, when in 2006 researchers and historians from Fairfax (Virginia, USA) organized an exhibition about GULAG labor camps, there were 4 strange suicide-murders in this tiny community. Read more here: Russian KGB agents. Note that these Siberian agents must not be confused with Putin and Central KGB in Moscow. My own personal experience with KGB-related people suggested that a small group of agents used fast seduction-based brainwashing techniques leading to a total mind control in a matter of hours.

Those who are interested in topics related to social problem solving; Little Albert study; and mentality, activities, and style of work of modern national security organizations can click topics on the side menu.