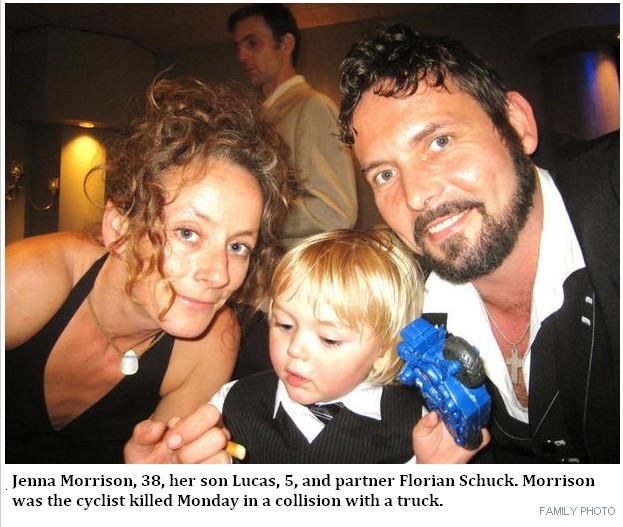 Hello, this is Dr. Artour Rakhimov (www.NormalBreathing.com) from Toronto, Canada. On November 12, 2011, I posted a video on YouTube (Yoga for Beginners: Avoid Mistakes of Most Advanced Yoga Gurus – URL address http://www.youtube.com/watch??v=_gH5xQzffIs) about the essence of yoga distorted by modern yoga teachers. On Nov 14, 2011, a yoga teacher Jenna Morrison was “accidentally” killed in Toronto. You can read the details here:

This death fits the typical tactic chosen by remaining scumbags from Soviet GULAG KGB. The act of murder is supposed to displace attention from activities of KGB scumbags on those people (like me) who criticize yoga teachers and promote the truth about breathing and lost essence of yoga (see the YouTube video for details). The motif is about the same as for events in a tiny city Fairfax in Virginia with a population of less than 25,000.

In 2006 a local George Mason University organized an exhibition about GULAG labor camps where millions died. Here is the Washington Examiner article “Murder-suicides increase in Fairfax County” (December 2; 2006). Its author William C. Flook, Examiner Staff Writer, writes, “Fairfax County police are dealing with an unusual increase in murder-suicides this year, a tragic and unpredictable problem in an area where homicide remains rare. A trio of incidents in which a man killed someone he was close to and then himself have shaken the county in recent months. Last year, the county saw only one murder-suicide, according to information provided by the Fairfax County Police Department. The year before, there were none.”
More from Russian KGB Agents Could Be Behind 2006 Fairfax Suicide-Murders.

These are not people like Putin and KGB agents in Moscow. These are those KGB leftovers who still alive in various corners of Russia: GULAG murderers trained for decades like pests to kill the innocent, those who persecuted about 100 Soviet breathing MDs in Siberia trained by Dr. Buteyko himself. All these MDs stopped practicing Buteyko breathing in Siberia by 1990. You can find names of those Soviet MDs (often leading doctors) in the link below. A few Buteyko MDs escaped to different other locations and managed to continue.

More attacks on yoga teachers or their relatives/children from GULAG KGB agents are possible.

Here is a part of real questions I got on this page in comments, before they lost on pages of the comment box.

Question: What proof do you have that this was a murder?
Answer: Of course, the idea of the accidental death in Toronto will make the outer world safer for any person, especially any yoga teacher. Therefore, if someone says it was not accidental, it destroys your fantasy of the safe world.

I do not have direct proof and probably will not have it since when KGB organizes such events they use the total brainwashing technique exactly the same as for 4 suicide-murders as a reply to 2006 exhibition about KGB labor camps in Fairfax, Virginia (USA). The better question is why do I state this opinion if I did not have solid proof? The chances of new deaths could be greatly reduced or even eliminated if there was even a small part of the yoga community that became aware of the threat from the KGB. When there are dozens of such “accidental” murders including suicide-massacres, suicide-murder of family members, and so on, it is possible to find the pattern. Why are Russian KGB agents (only a minor part of modern KGB) behind this pattern? It is a long story that is based on knowledge of the remnants of GULAG KGB and the style of their work. Western people generally know very little about the organization that murdered more than 10 million in the past, while less than 10 were ever tried in courts. Most of these people are alive and are in control of modern Russian KGB (now FSB).

Western people also believe in Muslim and Arabic terrorism myths, while all these Asian terrorists did not kill even 1% of people killed by KGB.

I can list more than 20 similar events (with deaths) attached to my life since in 1994 I exposed those KGB people to international authorities. I lost 2 relatives, including a family member, in Russia to weird or accidental events. Since then there were many deaths like this above attached to my life. I just want to see yoga community protected and the bully frustrated.

Question: Why target yoga instructors??
Answer: They target anybody who is attached (even remotely) to the activities of the persecuted person and especially those who support him or her.

For example, when George Mason University started to organize an exhibition about KGB GULAG labor camps, they targeted ordinary people in the surrounding area organizing 4 suicide-murders in a small community that did not have such tragedies for at least 2 previous years. The murders had numerous effects: exhibition organizers became stressed and anxious; historians and other interested in history of KGB were conditioned to a negative reaction to such exhibitions (“Murder after murder in Fairfax”, the whole exhibition is colored in dark in the minds of these people); finally, the western security organizations were “informed” that if there were any more exhibitions like this, then there would be more murders like those.

Hence, if any other university or group tries to illuminate KGB with greater awareness, western security agents can prevent it. This is the reason why there is literally nothing (i.e., books, movies, exhibitions, museums, etc.) about KGB and GULAG. But what they did and do now is about the same in size as Holocaust. The KGB leftovers are currently playing a game of hiding and murdering associates.

About 1-2 years ago, probably at the top of his popularity, President Obama visited a place somewhere in the USA and had a speech and business meetings about some political projects. It was a striking success and Obama made one great friend in this place and they decided to move forward with their political or social plans. It was a great success and spiritual bliss for Obama. The next day (or 2 days after), his new friend “accidentally” died… This event can contribute to the fall of Obama’s popularity, his spiritual energy, etc.

I read about these events in a newspaper 1-2 years ago, and it occurred to me that this was exactly the style of those GULAG KGB agents who want to feel mighty and powerful by screwing up lives and spirit of others since there were many similar events.

I would appreciate if someone posts below the details of this event.

Question: You say you can list 20 similar events (with deaths). Please list them. I am interested.
Answer: Here is a timeline of some of them. In 1994 I discovered that numerous deaths took place in those places of the West and Russia which were visited by certain KGB-related people involved in the sport. I was myself in the same sport coaching elite athletes and competing myself. In the same year (1994) I immigrated to Canada and informed authorities of several Western countries about brainwashing, deaths, and KGB people involved. As I realized recently, GULAG KGB people found out about my revelations since they were hidden before. So, I became a target living in Canada. How to persecute?

I could not understand what was going on for many years until one day, quite recently, all came into the place and here are some events of the murder design.

In 1996, with the period of .5 months there were the 2 largest modern age massacres for Australia and Scotland: one on a beach in Port Arthur (Tasmania) where about 40 people were gunned down by one male, another massacre took place in Dunblane (Scotland) where a school teacher killed more than 10 children in a school. (I can remind you that my name is Artour, almost Arthur, and I worked as a school teacher in Toronto at this time.)

I also need to make a claim here that nearly all suicide-murders (when people kill others, often relatives, and then kill themselves) are totally abnormal for any ordinary human mind unless one is a zombie or brainwashed. (It took at least weeks or months, for example, for Nazis to realize what they did and get angry at themselves.) The suicide-murder design helps to hide the ends so that the brainwashed cannot tell who brainwashed him.

Next, I had 2 or 3 situations in the 1990s when after I was flying across the Atlantic. About a week later similar planes crashed in the ocean.

In 2001, while in the Margate (south-east of the UK), I made a phone call to my mother in Russia mentioning, accidentally, tomatoes. A week later, about 40 Chinese illegal immigrants were suffocated in a large truck when they tried to cross the border in Port Dover (UK) which is about 100-200 km south from Margate, where I stayed. This grocery truck was full of tomatoes. Another detail: I am of Tartar origin – these are Asian people, relatives of Mongols and Chinese.

Here is another “strange” coincidence. I use Greyhound USA probably about once per year or less. Some years ago, I made a trip from the USA to Canada. About a week later, there was a totally absurd crime on a Greyhound bus. A Chinese male took a knife and cut off the head of another person at the back of the bus and started to shake it in front of other people. This crime was described in headlines of news of central US and Canadian papers, TV and radio stations.

I had many cases when I arrived at some city in Canada or the USA and a few days later just a few blocks from me, a fire killed 3, or 5, or more people, or a church was burnt, or an industrial explosion took place.

Now, what should I think and do when I post a YouTube video about yoga, and a yoga teacher is killed in Toronto 2 days later?