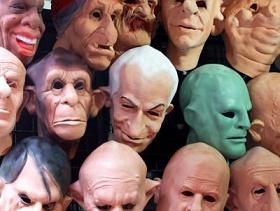 The previous web page considered how national security secret agents, during special operations, use past events of their target in order to destabilize his emotional states. However, using extreme emotional reminders is only a part of the whole picture because the security intelligence agents also monitor and react to the current emotions of the target person. Furthermore, current drilling of modern secret agents suggests that timely reactions to emotions of the targets are an exceptionally important security intelligence goal. How is it done?

During a day, an average person has tens, maybe hundreds of various physiological needs and emotional reactions to events in his life. Physiological needs of the target include urination, defecation, meals, drinking, and so forth. In an emotional area, there are mishaps, moments of sorrow, guilt, glory, happiness, frustration, and so on. When the secret agents notice these needs and emotional reactions of the person, there is a corresponding response.

If we try to apply IQ50 for this situation when it is logical to ask: What are the long-term effects of this scummy technique since the target is to see hundreds, maybe thousands of obese people, water trucks, beer cars, and so forth? 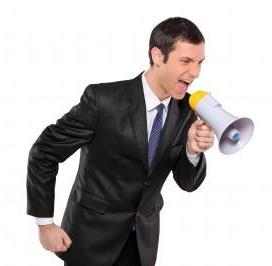 A similar approach is used by agents in relation to emotions. For example, if a target gets the slightest hint related to a future financial crisis or financial problems, the agents may send messages about bankruptcy using the internet, or his cell phone, or by just sending a homeless person, who may have a striking resemblance of some features of the target. If the agents see that the target is depressed, the agents can send messages related to alcohol and drinking. If the target does something destructive to his private health, the “courteous” reaction of modern agents would often be to send someone in a wheelchair. When other people do some unpleasant or nasty things to the target, many agents comment other people by sending garbage trucks, as if the agents say that these other people are garbage.

When the person is to leave some city or area, it is a common international tradition of modern agents to “farewell” the target with cleaners who empty garbage bins or have brooms and start sweeping areas around the target. As you can see from the last example, there is a certain prevalent mental attitude or comparison related to the targets. Generally, people try to remain decent and polite when separating, but the agents can create a very emotional farewell out of nothing.

Sometimes, and this is generally rarer, the agents may try to reverse the emotions of the target. For example, in order to “boost” the mood of the target or to pacify/cajole him, agents may either send people carrying flowers or asking simple questions related to directions.

If one tries to make an analogy with the personal relationships and leadership in the real world, when the last example to compare is a wise thoughtful and relaxed coach who cares about business (not emotions) and preparing his athletes to perform well and do the job right. Hence, in all these situations the agent functions as anti-coaches.