Obama vs. Zombies: How KGB Agents Screw up US Presidency 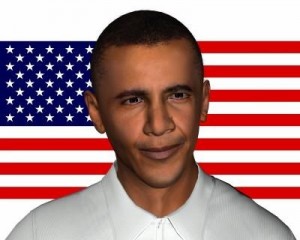 Obama vs. zombies is a popular computer game, but there are real events related to activities of GULAG KGB agents (surviving leftovers of the Soviet secret service) against President Obama. Gulag agents use zombies (seduction-based total mind control – see links at the bottom) to organize murders, massacres, germ warfare, and many other events. Here are some of them related to the real Obama vs. zombies psychological game.

On April 16, 2009, President Obama visited Mexico City. Just 3 days before this visit – as many sources reported – the famous 2009 swine flu pandemic started in Mexico. Many media sources simply stated that the outbreak “coincided with President Barack Obama’s trip to Mexico City” on April 16. For example, one of the central headlines was “Obama Was In Mexico For Swine Flu Outbreak ” (e.g.,

http://www.cbsnews.com/news/obama-was-in-mexico-for-swine-flu-outbreak/). Since this flu later killed thousands of people, each new death and reports about these deaths were linked to … President Obama. It was, therefore, a smart step of KGB agents in their war Obama vs. zombies to start this flu pandemic in the place to be visited by President Obama.

The next event in Obama vs. zombies psychological game relates to the same trip (April 16, 2009) when President Obama met in Mexico City with the director of the National Museum of Anthropology and famous archeologist Professor Felipe Solis Olguin. Professor Olguin died one week later, on April 23, 2009. There were numerous reports, including news from central newspapers, that the man who shook Obama’s hands died of ‘flu-like symptoms’.

Someone fabricated this lie since later White House and official Mexican sources stated that Professor Olguin died due to cardiac arrest. (There is one KGB technique that causes heart attacks. Two breaths of a highly toxic gas are enough to cause a heart failure.)

If some people decided to undermine US Presidency and spoil the relationship between the USA and Mexico, these events (swine flu outbreak and murder of Professor Olguin) would make sense. The war with drug cartels was one of the key topics discussed by Obama and Mexican officials. Therefore, KGB agents also expressed their unhappiness about this war.

What are the effects and design? If you or other people were to meet President Obama, would this highly publicized news (shaking hands, swine flu, and death) affect your emotional attitude?

The above relates to the changes in the minds of Obama’s supporters. Let us now think about the psychological state of President Obama himself. He shook hands of one professor in Mexico, and this professor died about a week later. Which feelings should President Obama experience after this death since President Obama was to shake hundreds or thousands of hands in months and years to come while the flu scare was growing week after a week later in 2009?

Next, this flu pandemic later spread in the USA creating an impression that President Obama brought swine flu to the USA. The official reports generally say that first cases of swine flu appeared in the first half of March 2009. If White House announced Obama’s visit in early March 2009 or before that, then KGB agents had sufficient time to bring germs to his country of arrival (Mexico) and later spread the same germ in the USA.

These subliminal and partially subconscious factors are often the key parameters that define outcomes in political negotiations, resolutions of conflicts, business political and other meetings and anything else that is called “performance”.

Summary of the Obama vs. Zombies design

What was the design and how KGB agents used zombies in their Obama vs. Zombies war? Obama’s visit to Mexico heralded the outbreak of the famous swine flu pandemic that started in Mexico before Obama’s arrival and spread worldwide killing thousands later. Shaking one professor’s hands, during the same April 2009 trip, “killed” this Professor days later. Upon return of Obama to the USA, KGB agents spread swine flu germs in the USA too creating an illusion that Obama brought swine flu pandemic to the USA.

How could or should all these “weird” events and “coincidences” influence the mind and spirit of President Obama and US Presidency? (You can find all these details, numbers, and chart on a page Obama approval rating.) According to Gallop polls, President Obama had his highest popularity (up to 65-67%) until the end of April – beginning of May 2009. From May 2009, his popularity started to decline to less than 50% by December 2009 and was never more than 50% later. The rate of Obama’s disapproval was below 20% prior to these events and gradually climbed up to 40% by September 2009 when swine flu was a serious public concern worldwide.