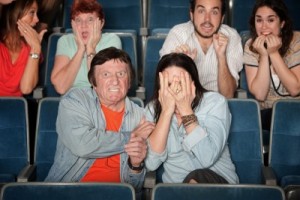 I bet that this article will be a psychological horror for you. You may assume that these events are not real, but several other pages of this site provide details about clusters of suicide-murders and many other weird crimes, including famous massacres and other terror crimes, that are parts of one design.

If you have seen national security agents and experienced their requests to do something, you may guess that symbolism, psychology, playing with emotions, and artistic essence of many activities of secret agents are very important parts of their work (this is possibly what they are paid for). In this article, we are going to explore my personal psychological horror in relation to how national security agents react to the crimes committed by GULAG KGB agents. These crimes could be a psychological horror for secret agents as well. Then we get a story with double horror.

I have experienced many dozens of such crimes for over 15 years starting from 1997. The typical crimes organized by GULAG KGB agents in the 1990s involved burning houses or arsons. How was it done? When I live or arrive at a certain area (in Toronto, Ottawa, Winnipeg, Edmonton, Vancouver, and many other cities, even in other countries), GULAG KGB agents, after discovering my new whereabouts (most likely using internet), were to burn a house just a few blocks away from my location. Using the fast brainwashing technique with a total mind control, GULAG KGB agents could also organize suicide-murders and other crimes (car crashes, industrial explosions, plane crashes, and so on) in the same area (this became common years later), as GULAG KGB’s revenge for my whistle-blowing activities in 1994 when I exposed this small part of GULAG KGB agents to the Western world. How did these GULAG KGB agents organize their revenge?

For example, if I arrived in Ottawa, then some days later, a house would be burnt a few blocks away. If moved to Edmonton, another house would be burnt about 1-2 weeks later after my arrival. (It nearly always took some time to organize those crimes.) Then, shortly later, an explosion in a bar would take place. It was a similar pattern in dozens of cities around the world. (Note that it took me many years to make a sensible explanation about causes of these crimes around me.)

Local national security agents (i.e., depending on the country, these are agents from CSIS, FBI, MI-5, and others) would decipher the “message” (i.e., crime) from the GULAG KGB agents (also called “the Mafia”). The Mafia’s message is that these terrorism-related crimes appeared in this specific area due to my appearance or presence.

Therefore, the logic of the secret agents has been very simple. If I were not in this area, there would be no crimes organized by GULAG KGB agents. The next step of the agents is to “drive” me away from this place since secret agencies were created to fight terrorism. Therefore, they hire “fighters” for such jobs.

For example, in the late 1990s, the most popular method of driving me away by local secret agents was sleep deprivation. A few people know that humans die without sleep sooner than without food. But the highly intelligent secret agents use this quiet horror technique especially due to the fact that there are no laws that declare this activity as a crime. Additional weapons used by Western agents include heavy metals, viruses, toxic gases causing excruciating headaches for many hours and the transformation of a person into a vegetable.

Moving away from these Canadian and many other cities was for me the only way to maintain sanity. So I had to go. But the crucial thing was where to go and what to expect in new places.

I had to relocate (while leaving jobs, paid rent, friends, communities, sport clubs, etc.), but, in addition, I also had to do it fast, for my own expenses and with numerous hassles, such as paying for tickets, trying to find new accommodation, jobs, shops around, and much more that accompany such big moves.

Since 1995, I spent more than 25,000 dollars on these relocations only on tickets and direct expenses. In the 1990s, I had 2 cars in Canada, but at some point in 1998, my last car had punched tires every week. So, I sold it and never had another one since then. Later, tire-punching activities were transformed on my bikes. I acquired a precious skill to repair a punched bike tire in a few minutes.

In nearly any new place, where I went, local agents knew in advance what to expect after my appearance. This is due to the highly intelligent nature of national secret agents and the ability to predict the future. They were prepared for new Mafia’s terror crimes that were to appear in their areas. Therefore, local agents have never been happy to see me.

In fact, nearly any new place (my new temporary home) where I had to stay had at least a garbage truck outside it, with hysterical sirens in the neighborhood, and a lot of other things inside (sleep deprivation devices that produce snaps at night to prevent deep stages of sleep, small balloons with toxic gases installed in washrooms and waiting for my appearance, and much more).

There were also hundreds of other activities of secret agents related to the creation of psychological horror since, if some people helped me, the GULAG KGB Mafia could murder relatives of these people. Therefore, in order to prevent these murders, Western agents organized hundreds of acts in order to create isolation and alienation from surrounding people and communities. This has been another psychological horror.

We see here that the mentality of secret agents during over 16 years of my life has been nearly the same all the time. I also discovered that I am not the only person who got this treatment from secret agents. There were some other people too. I believe that the fact that Dr. Buteyko trained very few new practitioners (even outside Siberia or Russia) for the same reason. As soon as there was a new Buteyko teacher trained by Dr. Buteyko, the Mafia could kill relatives or start killing relatives of his patients in order to prevent/stop his or her teaching and practice.

The secret agents believe that when GULAG KGB crimes take place, I need to move to another place paying all bills (both in the old place, due to losing many things, and in a new place as well). The agents in a new place are “happy” to meet me with garbage trucks, human junkies on Harleys and in sporty cars with heavy music, sirens, helicopters, and so forth. According to my experience, this is the organized policy and the way that the whole Western security intelligence community has been functioning for more than one and a half decade.

Solutions to their psychological horror

Therefore, secret agents decided that many, but not all, terrorism crimes of the GULAG KGB agents are my personal problem. Many agents go even further and claim that this is also my personal tragedy and drama that I probably deserve.

In order to make their own lives easier, nearly all Western secret agents are involved in one highly specific security intelligence activity, which can be called “poop-digging”. This means that, after the crimes of GULAG KGB agents, the Western secret agents start to search for some rubbish in the personal habits, individual lifestyle and other factors related to the specific person who is targeted by the GULAG KGB agents. For example, a person targeted by the GULAG KGB agents may smoke, drink, use drugs, not pay taxes, and/or have some other destructive traits or obnoxious habits.

These negative habits, traits, fears, phobias, and so forth are the treasure chest of the Western security community in relation to targets of the GULAG KGB targets. As you may know, other government organizations, when protecting own citizens or foreigners, also do the same: police people, before protecting a person from criminals, are going to find out more info about this person (his or her habits and traits, lifestyle and so forth); firefighters, when arriving for an emergency, also check whom they are going to help (just in case that there is no need for protection).

This “poop-digging” lifestyle, in opposition to gold-digging, is a normal feature of nearly all Western secret agents worldwide. In relation to me, I am certain that this approach (“poop-digging”) was chosen in order to execute all above-mentioned activities with high confidence and indignation as if they were restoring justice by creating problems for me.

Many secret agents organized activities to show me recent crimes of the Mafia as if I was partially or indirectly involved or responsible for these crimes. (On the legal aspect of this life challenge, you can see the article “How Secret Agents Play Legal Experts“).

GULAG KGB Mafia agents did not invent something totally new. There are many similarities here with activities of German Nazis in relation to hiding Jews. (You may know that for hiding Jews during Nazi occupation, they could kill all your family, but now you know that the method is alive and dozens of world’s famous crimes relate to this activity.)

You can leave your comments on the topic of psychological horror and your suggested solutions to this challenge. Note that the GULAG KGB snoopers are eagerly and regularly visiting this page and may not like your comments.